You are here: Home / Archives for Lego / Lego Super Heros 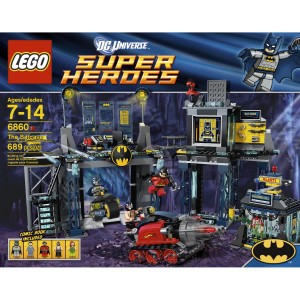 As corny as some of the classic lines from the Batman shows were, they still put a smile on your face didn’t they. It’s ok to admit that but just check over your shoulder first.

With Lego 6860 which is the Batcave playset, and which you can get here at a good price, you have a chance to re-enact some of those classic sayings by joining in the fun and teaching them to your kids.

Batman is such a classic and so it is no surprise that Lego has come up with the Lego 6860 Batcave and other Batman playsets to go with it. The Lego 6860 is part of the Lego Superheros series where the other playsets are:

There are also some super hero buildable figures. 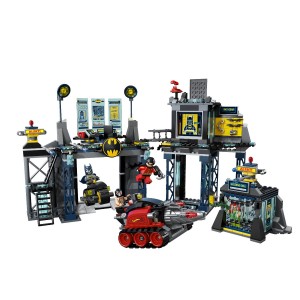 You’ll be impressed with the size of the Lego 6860 playset. The Batcave is over 21cm tall and the Batcycle is 11cm long and has dual flick missiles. Bruce Wayne transforms into Batman via the elevator function of the batcave and there is a  holding cell, computer with screens, chair, handcuffs, flick missiles, binoculars and batarangs. Banees drill tank measures over 12cm long and features spinning drill and dual flick missiles. Completely packed full, for full packed action.

Here’s the story. Bane has broken into the Batcave in his awesome spinning drill tank and is trying to rescue Poison Ivy who is being held by Batman and Robin at the Batcave. The super heros Batman and Robin need to put Bane back behind bars and they need your help.

For some even more insane imaginative play try Ninjago meets super heros and they can gang up together to fight evil. So what are you waiting for, go get your Lego 6860 before it’s too late.