You are here: Home / Archives for Lego / Lego City

All Lego Road Plates lead not to Rome but to Lego City!

The kids had gotten some Lego for Christmas and we stumbled upon Lego Roads when out looking to see what they could use their Christmas money for. The Lego Roads we got came packaged separately and often they are called Lego base plates or Lego building plates. So let me give you a break down of what they are. Read on to find out about Lego Roads and other Lego base plates to find the one you want.

“Fly me to the moon”….”ground control to Major Tom”……”you’re a rocket man”…..”Star Trekkin’ across the universe; always going forward ’cause we can’t find reverse”….and so the songs go. That fascination with the stars, planets and universe is inherent in most of us.  Sometimes, as a kid, the i 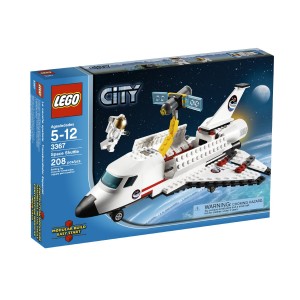 nterest in space starts and is explored with a toy space shuttle such as the Lego Space Shuttle 3367.

There are some great features of the Lego Space Shuttle 3367 which is available here at great prices.

Lego is more than just play

playing with it. I find it hard not to get involved when my kids are constructing lego and we will often assign one set each so that we are all working on something different at the same time. It really is such good fun.

What I also love about lego is that it comes with great instructions for putting a set together. As you can see, the Lego space shuttle 3367 is part of the Lego city series so there are plenty more options for putting lego together to create the city. We will be adding more Lego sets in the future so you can start collecting more.

In terms of storage, I recommend a couple of options, you can put the pieces in the box it came in and store as is or you can use select from there fantastic  Lego Storage Options

ompartment. I recommend making Lego available rather than storing it away where it will not get played with.

Lego teaches process, maths, color and shape and is great for the brain and for concentration skills.  Then, once you have built your lego space shuttle 3367, there is all the role playing that goes with it which assists to keep that part of the brain active which is responsible for the imagination.

So, enjoy taking off with the lego space shuttle 3367 and if you get the chance, leave a comment to tell me your child’s experience with it, or should I say, your experience for it. Adults are such big kids sometimes…and isn’t it great!